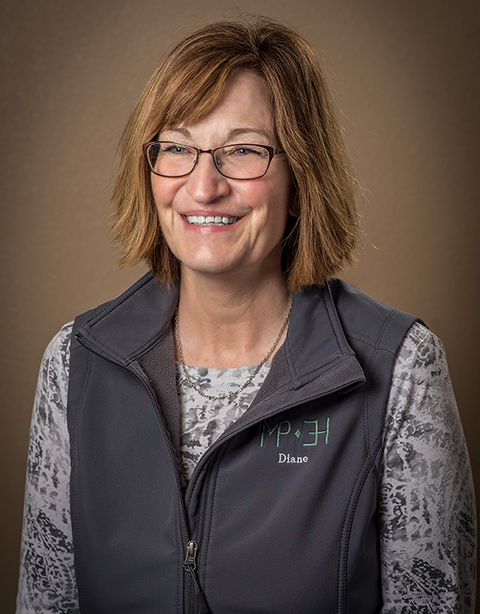 Diane was raised on a 257 thousand acre cattle and sheep ranch in southwestern Montana. From a very young age, she was involved in the care of animals. Diane fed sheep dogs, bum lambs and bum calves. She moved to Coeur d’Alene in 1999. She worked 13 years in the small animal field and joined McKinlay and Peters in 2012. Diane and her husband Steve have three children and four grandchildren. They share their home with two dogs, five chickens, a hive of honeybees and a cat. During the summer they are usually gone camping. Diane enjoys being outdoors. She loves to bike, hike, kayak and fish.